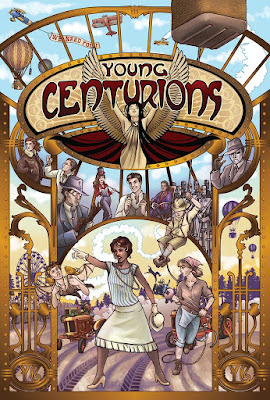 And of course, as soon as they do manage to do it right, it’s important to reinforce that. Make sure they realize that they’ve solved this complicated problem all on their own. Talk through the early mistakes they made and how they learned to do better. And encourage them to look at the clock or figure out that definition on their own next time.
Posted by Carrie Harris at 4:11 PM

Apparently...
you dont have a head injury
and apparently you havent seen
the other side.
Lemme show you how to wiseabove...

Earthling...
Q: what's the MOST important objective
N our lifelong demise determined by us?
A: achieving Seventh-Heaven: in the
Great Beyond, everythang is possible.

When our eternal soul leaves our body at death
and we riseabove to meet our Maker,
only four, last things remain:
death, judgement, Heaven or Hell
according to the deeds WEE mortals
have done in our Finite Existence.
Find-out what RCIA means and join.

PS° I'm a re-boot NDE:
if you're RIGHT,
you'll see the LIGHT -
follow that to the Elysian Fields.
Let's be tethered2forever Upstairs.


Use LinkedIn as a job.The Q&A section is a great area to show off your knowledge.play bazaar You can also ask questions yourself to find out about other users.satta king

Spell to fix your broken marriage or relationship problem or after a divorce or Breakup,I was recently scam by two of them, until one faithful day i meet a man called Dr Oselumen who help me to get back to the father of my kid after we have been separated for two years,I only pay for the items required for the spell and he cast the spell for me within 24hours my ex husband called me and beg me to forgive him for everything until the end of the world he will never leave me again we are back together.if you need a real and quick love spell or you are passing through pregnancy problem Dr Oselumen is the answer, Please if any body needs. LOVE SPELL,LOTTERY,PREGNANCY SPELL, DIVORCE SPELL,STOP COURT CASE AND WIN ANY COURT PROBLEM,DEATH SPELL,BUSINESS SPELL AND MANY MORE YOU MAY NEED. Email him now for your own help. via email droselumen@gmail.com add him on whatsapp line or call +2348054265852.