Britney Can't Be All Three

I think it's time for another round of Vampire, Werewolf, or Zombie. For those of you who missed the first round, the rules are simple. I give you three random people, and you have to tell me which one is secretly a vampire, which one is a werewolf, and which one is a zombie. There are no prizes in this game except the satisfaction of knowing that there are other people out there who are just as twisted as you.

Anyway, here are your celebrities for the day. We've got Pamela Anderson and her scaryboobs. 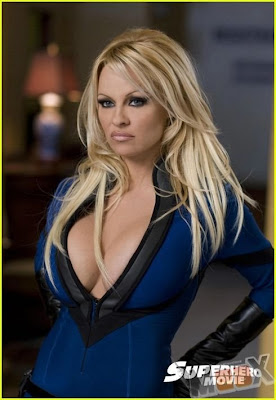 Then there's Britney Spears and her issues. 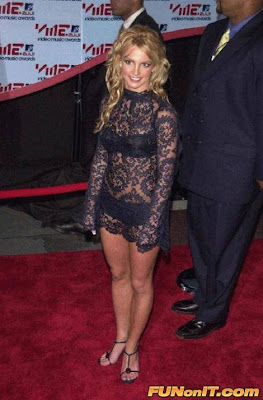 And last but not least, there's Katie Couric. One of these things is not like the others, folks. 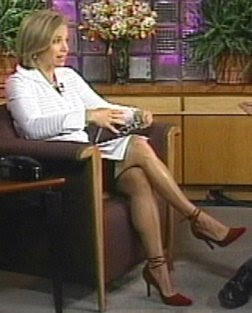 And I know you're thinking this, so let me reiterate it: Britney cannot be all three. That's cheating. Quit it, or I'll send Zom Cruise after you. (Get it? Zombie Tom Cruise has been shortened to... oh, never mind.)

Pamela: Totally a vampire. Vampires attract people and suck their blood. I sort of have a feeling Pamela would be good at that.

Katie: Zombie, all the way. Doesn't she eat brains for a living?

Brittany: Werewolf! She's changes into a raving monster at least once a month, so....

I am going to have to agree with Beth on this one, although a vampire with hepatitis makes me wonder about her ability to live forever.

Pam is definitely a vampire. Does she ever age?

That would leave Katie as the zombie.

Pamela's the vamp, Britney's the zombie, Katie's the werewolf.

I don't know. I think Pam might be a werewolf. Britney could be a vampire. Katie's got to be the zombie.

Vampire for Pamela, I've seen that infamous video, and sucking seems to be a hobby of hers ;) Her vegetarian stance is just to throw everyone off.
Werewolf is Britney because after she shaved her head, she had a full head of hair days later (and you all thought it was a wig!).
Zombie is Katie Couric only because I'd be a zombie too if I had to get up so early in the morning for so many years.

Pamela is a vampire - obvious.

Katie - all three (I don't know who she is so I'm stabbing in the dark), and you only said Britney couldn't be all three. :)

I agree with pretty much everyone else: Pamela has to be a vampire, Britney a werewolf, and Katie a zombie.

Although there's an argument to be made that Britney must be a vampire because she sucks.

Can't they all be vampires? I mean, Pamela is good at sucking, Britney's music sucks and Katie just sucks period.

Pamela -- She doesn't eat meat, so she has to be a zombie.

Britney -- Werewolf due to the fact that her personality has changed so much lately.

My oh my. This is a tuffy. Pamela is undoubtedly the vampire. Can't you just picture her with fangs?

Britney is the zombie. So sadly so. The chick is seriously haunted - by the paparazzi.

So that leaves Katie as a werewolf. Scary.

But I'm going to have to say:

HAH! Funny. And I gotta agree... Katie has scrambled brain whites for b-fast!

Yup, this one is a no-brainer, (sorry zombie fans). Pamela is a vampire, (I suspect her boobs are as well.) Britney is a werewolf because nobody would cut their hair off like that unless they were sure it would grow back during the next full moon. And Katie is, of course, a zombie because I pretty sure at 3:00 in the a.m. she does wander aimlessly saying "Hrrrnnngh" and she definitely eats brains.. although none seem to have settled in her own cranium.

Porny Boobs = Vamp. The oversexed look is useful to get to that red blood of, well, those red blooded males.

Brit. Come on. This is too obvious. Ask anyone on the street which celebrity needs a brain more than any other. Spears will be the answer 99% of the time.

Katy definitely has claws. We all saw them in the Govenor Stupid interview. Also, she's going from news orginization to news orginization marking her territory. She's either a werewolf or a bitch with bladder control issues. Wait. That's the same thing.

Pamela: Vampire - Ever seen Barbwire? That's a movie that will suck the life right out of you.

Britney: Zombie. C'mon, shaved head, going commando in super miniskirts, and I'm sure some of her songs are bilingual with both human&zombie lyrics (at least to my ears).

Katie: Werewolf by default. But I guess one could make the argument of Morning-Show-Katie who Transformed into Evening-News-Katie to Cuisinart people

After long ponderdom, I have an answer:

Pamela is the vampire. Pamela --> Pampire --> Vampire it's just a natural word progression.

Brittany is in need of a brain and took the words "you are what you eat" serriously -- too badit doesn't work: Zombie.

Katie: Come on. Can't you picture her doing an interview and getting all hairy?? Download that pic to photo shop and have some fun! Werewolf all the way.

Pamela is undoubtedly the vampire. No need to argue that one.

Katie I see as the zombie. She couldn't do an evening news show if she was a werewolf.

I'm going to say Britney is all three.

You know, just because you said that was cheating.

Kinda harsh to say it's cheating.

What is this, some kind of fascist blog?

We can do whatever we want.

But you won't, because you fascists are all alike.

Scared of the U.S.A.

I agree with Bryan. Not so much because I'm patriotic, but because I don't know who any of these people are.

Thanks, Ray. That means a lot to me.

It's not patriotism. Just anti-fascism. ;)

Y'all made me laugh. And I am totally stealing... er, borrowing the term Pampire. Pampire and Zom Cruise ought to make a movie together.

Pamela...werewolf...
Brittany...zombie...she walks around like she is not quite awake
Katie...vampire...she loves to suck the life out of people...

Pamela is the vampire. Obviously.
Brit Brit the zombie
and that leaves Katie the werewolf!
Too easy!!!!
OK