Remember that game "Animal, Vegetable, or Mineral"? When you think about it, the game has about as much entertainment value as the average biscuit, but there are some spin offs that are pretty good. There's "Date, F---, or Kill," or the more PG-rated version "Marry, Date, or Dump." In these games, you name three people, and then the other player has to choose which they would date, which they would f---, and which they'd beat into a pulp with a sledgehammer. And of course, when you're playing these games, the key is to force your best friend to choose between three Epitomies of Hottness so you can say, "Dude, you just killed Johnny Depp!" or, even better, three gnarly, nasty types so you can say, "Dude, you just slept with George W. Bush! Eeeew! I just threw up in my mouth."

But now, I'd like to play "Vampire, Werewolf, or Zombie." We've talked a little about the vampire versus werewolf thing before, and how Aragorn's scruff makes him a natural werewolf type, whereas Legolas is the vampire. And Batman is just confused. So we've laid the groundwork. But here's how the game goes: I name three famous people, and one of them is a vampire, one a werewolf, and one a zombie. How do I know this? I have informants. I know people. My people know people.

And then I make it all up. 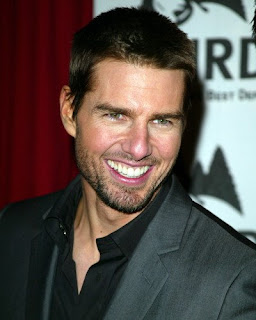 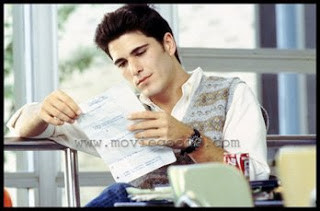 And Pee Wee Herman, who my cousin once had a crush on. I still don't understand that. 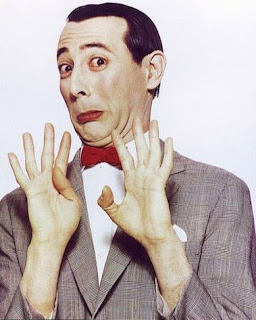 Let me know in the comments: Who's the vampire, werewolf, and zombie? I've got my own theories, but I want to hear yours.
Posted by Carrie Harris at 6:30 AM

Tom Cruise is easily the werewolf, despite playing a vampire in Interview...

Jake Ryan...too clean shaven. Must be a vampire.

Pee Wee=Zombie. Did you see pics of him when he was arrested?

I'm in.
Tom- Zombie. He has to be there can't be a whole lot of thinking going on in that pointed little skull of his.

Jake- Werewolf, it is always the one you least expect.

Pee Wee- That pasty complexion, weird hairline, likes to hang out in dark places. Gotta be a vampire.

Can Tom Cruise be all three?

I'm going with Tom as the Zombie. Clearly he has some kind of bug in his brain.

And Pee Wee is a vampire because he's far too pale and likes to hang out in movie theaters. Plus, didn't he play a vamp in the movie version of Buffy?

I'll throw my hat into the ring...

Tom - definitely zombie - his brain seems to have died a few years back.

Pee-Wee - werewolf - he was looking all hairy and wolfed-out in his mugshot.

Tom Cruise -zombie with a maniacal laugh, he has no true feelings, says things are "fabulous" over and over
Jake Ryan - vampire because after watching True Blood and seeing Twilight previews, apparently vampires are HOT!
Pee Wee- He must the be the werewolf that lives in the basement of the Alamo

Carrie- your blog ALWAYS amuses me!

Tom Cruise is a werewolf because he's prone to doing stupid things like jumping on couches and dumping Nicole Kidman. The only excuse is full moonitis. Then again, he is pretty dim - so Zombie would also work. But, truthfully, he could also be a vampire because he does suck.


So, my answer is Tom Cruise.

Dogs do like to jump on the couch... so I'll go with Tom for the werewolf, Jake - vampire and Pee Wee - zombie (at least his career is dead)

Tom is definitely the werewolf.

Jake Ryan the vampire (doesn't he remind you a little of the guy playing Edward Cullen in Twilight).

Jake Ryan has to be a vampire. Weren't all 80s hot guys vampires?

Tom Cruise is definitely a zombie. The guy is seriously screwed up, just like a zombie. Logic!

And that leaves Pee Wee Herman as a werewolf. Hmm. He hides it well.

Cruise - is a no brainer, Zombie.

Pee Wee - Can't get mug shot out of mind so it has to be a werewolf. Besides you every see male baboons at the zoo?

Ryan is then the vampire by defualt

Come on people! Scientologist ergo Zombie! Sheesh, can it be more obvious?

Ok I don't know who the heck that middle guy is but Pee Wee is definitely a blood sucker. He looks so anemic!

You tricked us again. They're in order!

P.W. - Vampire... I agree with the blood sucking, that's the image I get from that picture.

Jake Ryan...werewolf...he's one of those fellas that seem innocent and shy...but has a bite that you'll never forget...

Pee Wee...vampire...look how pale he is...not to mention the fact that he likes to be out late at night...doing things that are a little on the dark side...grin...

Ok, so I'm in too (I'm Jamie's wife, Ann) and Jamie is wrong.
Tom is the werewolf, anger issues like flipping out on Brooke shields

Jake is the vamp, they are always the sexy smooth ones

Pee Wee is the zombie pasty and annoying and obviously no brain...did you ever see Peewee's playhouse? seriously.

Jake is the werewolf

Pee is the vampire.