I've been thinking a lot lately about the evolution of vampires, which is quite honestly true and not at all surprising at the same time. You could argue that vampires don't evolve, since they don't age for god's sake, but I think anyone who says that has their head up their tinky winky. Vampires evolve, and I'll prove it.

I'm sure you could go further back than this, but I'm starting with Nosferatu. This guy had it bad: lumpy bald head, ears so wild and flappy that they put Dumbo to shame, bad dental work. Even his interior decorator was cutting his PCP with Clorox. Poor Nosferatu. He never got the girls.

It worked for Zom Cruise, didn't it? I rest my case.

Skip forward a lot, and you end up with The Lost Boys. They ditched the stylist, traded the capes for motorcycles, and found a cute chick in a sparkly skirt to hang with them. This is arguably the height of vampire evolution, as long as you don't take the Frog brothers into account. Or Corey Haim in the bathtub. Warning: if you think about those things too long, you'll explode. I've done it.

I put myself back together with sticky tack. I'm nothing if not persistent.

But on the other hand, we have the rest of the 80's vampires. For me, they're summarized by a single visual: A man runs, panic in every line of his body. We know there's a bloodsucker after him, that his moments are numbered. And then we see his attacker. It's wearing MC Hammer pants, has hair like Milli Vanilli, and is on roller skates.

It's one of the funniest things I've seen in my life. Don't believe me? Watch Fright Night II. It's in there. And vampiric evolution takes an enormous nosedive. That's worse than the cape and the slicked back hair, if you ask me.

Then we move on to Zom Cruise and his attempts to look menacing. I think long-term readers of The Wonder That Is My Blog know how I feel about that. And for those of you who don't? It makes me snarf milk out my nose.

There! This entry is full of lovely visuals, isn't it?

And then we come to modern day. Edward and his sparkles. (And let's not forget his evil twin, Ward, the vampiric merman.) Sparkle sparkle sparkle.

Now, you may not know this, but I'm actually a statistician. For REAL. And I coded the physical traits of all of these vampires and performed a couple of ANOVAs (I did more than one just for fun), and I've come up with mathematical proof of where vampirism will go next.

So without further ado, I give you the next vampire king: 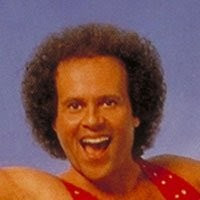 Talk about evolution taking a nosedive. 'come on peeeple, you look all dead and bloated and FAT. Let's do jumping jacks!'

Wow, that makes total sense! I've seen Richard lately...and he's not nearly as tan as in days gone by. Something is definitely amiss...

Funny. I laughed out loud when I got to the end progression i.e. Vamp Richard.

And it sort of feel like I'm being edjamacated so I can maybe get off The Boat.

Oh! Excuse me. I think Slayer might have bagged that Merpire.

Honestly. Seriously even. Will popular culture ever get tired of vampires?

One can only hope that it happens soon -- before we're forced to crown King Richard.

Oh how we will miss Edward.

Well, if vampire popularity ever falls for some reason, we always have merpires to take their place.

You need to find a better looking running gag.

I mean, he certainly fills the gag aspect, but really.

How about developing an obsession with someone pretty?

Such research, such authority, such...such...dang funniness.

clearly we have already taken his pants

I don't think it's possible for you to say sparkle sparkle sparkle too much. It never fails, I always laugh--maybe a little hysterically, in this case (the horror! the horror of Vampire Richard!) but I laugh.

In the velcro batcave of ultimate doom, only one vampire hangs from his hair...

Can Pampire be his queen??

Jamie: At least he has some oldies for the vamps to sweat to.

Tara: So wrong, yet so funny. I laughed uproariously the first time I saw it.

Kristy: Of course he does. Because when I think vampires, I immediately think yogurt.

Scillius: Hey! Quit shooting all my characters! Or I won't let you on the boat any more!

BPV: If the rollerskates didn't kill the obsession, nothing will.

Natalie S: Oh, man. I laughed out loud at that.

Jessie: Hey, Richard can sparkle too. Isn't that enough?

Mariah: Merpires DESERVE their day in the sun. Although not literally, because their scales would dry out.

Kiersten: Are you mocking the Rich-man? ARE YOU?!?!

KM: Finally, someone recognizes my authority! Thank you.

Aliens: Can I have them? I mean, not that I want to get IN his pants; I just want to have... oh, never mind.

Jim: Oh, that's a match made in... somewhere really twisted and funny. Probably not hell, though.

It's...icky. And her husband is not pleased.

Zom Cruise! I can't handle it. Too funny