It's time for another edition of Query Ninja. Because you people are insane (and I LIKE it), I finally put up a sidebar. So if you've missed out on the awesomeness before and have no idea what's going on here, visit the sidebar. It explains what we're doing and links to past editions.

Anyway, if you find yourself wanting some query help with a healthy slice of humor attached, drop me a line.

This edition of Query Ninja is courtesy of Kool Cat Shaw. Don't forget to refer to her by her awesome new name in the comments. We want to be nice to people who are brave enough to volunteer for ninjification. And don't forget: words that are italicized were replaced by me, because I have the sense of humor of a fourth grader and think it's funny.

This is her query:

Bob Barker can turn into a zombie. Werewolves are more impressive, but Bob Zombie’s a fast lurcher--perfect for his job as a messenger.

But when he breaks a law, he's sentenced to exile in a world reachable only by magic. Shunned there for his leathery appearance, hungry, and lost in a city bigger than the Price is Right set, Bob reaches out to the one person who shows him kindness: Rob Zombie, a prostitute who's trying to teach himself magic.

Bob and Rob have nothing in common, not even species, but they forge a friendship based on mutual need. Bob wants to return home; Rob wants to learn magic. Together they might find a way back to Bob’s world.

But the government-run Magical Sciences Institute arrests them both for illegal magic use. Bob discovers the government has a sinister use for a werezom--and if he won't comply, Rob will be executed. Bob must decide just how far he'll go to help Rob. Sometimes lurching, no matter how fast, just makes things worse.

I am seeking representation for my fantasy The Werezom, which is complete at 88,000 words.

Am I the only person around who is in absolute hysterics at the thought of Bob Barker the werezom and Rob Zombie the prostitute teaming up against the world? Think about it for a minute... 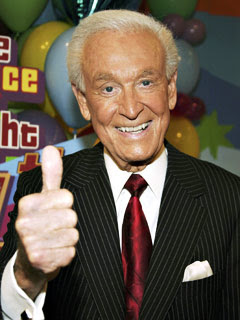 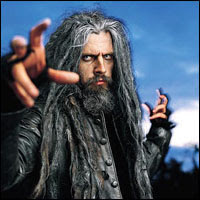 Bob Zombie is my long-lost twin.

So in this case, I'm thinking we need a new rule, kinda like the Church Lady rule. Only in this case, it's the Hamlet Rule. Since we're talking zombies today, maybe Hamzom Rule is better.

So the Hamzom Rule is simple:

To lurch, or not to lurch?

Wait a tick. That's not right. Let me try again.

To include, or not to include?

Although technically, that's not a rule. It's a question. Usually delivered on stage by men in silly looking tights. When you get frustrated about your query, I suggest that you imagine this in detail in the hopes that it will give you a good laugh.

I think one of the hardest things about writing a query, or a synopsis for that matter, is trying to decide what in the heck you should include. You've got subplots out the ying-yang, and red herrings and secondary characters practically coming out your ears. Figuring out which ones to include is tough as heck. Too few, and your book feels simplistic. Too many, and your query turns into a wet zombie-filled mess.

Ick. Should have turned off my mental picture before I wrote that.

One way to figure out whether you've got the proportions right is to compare the query to the book itself. Topics that get a lot of page time in the book should be bigger players in the query. It's not a hard and fast rule by any means, but proportionally, the elements should be about equal in both the query and the book itself. Or you can choose to focus on one really interesting thematic element and say to heck with the proportions and chronological order, but that's a different kind of query altogether.

So in this query, there are a lot of story elements told in chronological order. We meet Bob, get him to the new world, and meet Rob. They forge a friendship. And then the bad guys show up in the last paragraph.

There are a lot of intriguing elements in the first few paragraphs (werezoms = AWESOME-SQUARED), but for me, it feels like a lot of background. You're giving us the who, what, where, and when. Then, the last paragraph introduces what I think is the central conflict: that Bob has to choose between his newfound friendship with Rob "The Hooker" Zombie and his freedom-slash-safety, and in the process, fight off the sinister Institute. And then it ends with that awesome line about lurching fast making matters worse. I love that line. I'd like to send it chocolate and flowers.

Ahem. Anyway. I think this might be a little more compelling if the proportions were adjusted. As it stands, you've got three paragraphs of mainly background and one of conflict. One thing you could do is tighten that background info up to make it shorter and give us some more details about the conflict. Give us some more info about what's at stake here, and especially tell us about those sinister plans. Right now, it seems like a pretty easy choice: vague sinister plans versus only friend getting executed.

Whatever. The point is that we need less background, more conflict.

Now, what if that really throws your proportions off? In other words, what if the book dedicates a lot of space to the developing friendship between Bob and Rob? What if the friendship is the focus of the book, and the external conflicts with the Institute are only really important because they threaten that friendship? Well, then that's another type of query altogether. Now, you're talking about a theme, and chronological plot points aren't going to get you there. Instead, you're going to structure everything around that theme. Something like:

Bob and Rob Zombie are friends, despite the fact that one of them is from another world, one is a hooker, one has skin that can be made into handbags, and one is outright scary. Unsurprisingly, they don't have any other friends. So when the Ministry wants to use Bob for nefarious purposes (insert nefarious purpose here) and threatens to kill Rob if he doesn't comply, it really sucks. Bob should probably do something to save his only friend. And he does. Go Bob.

It's kind of tongue in cheek, but the idea is still the same. The friendship (or whatever) becomes the driving force of the query, and all of the plot elements are presented in relation to that theme. The real question is which option fits your book better.

Wow, have I confused you now? Does anyone agree with me? Please?

No, seriously. I'd love to hear what you think. Everyone please, chime in and give Kool Cat Shaw a hand here!
Posted by Carrie Harris at 6:14 AM

Now I'm all excited about my query, and believe me, it takes a LOT to get me excited about queries! Thanks, Query Ninja! After only one quick read-through of your post, I've already got some ideas to improve the query.

Also, I'm fighting the urge to change my characters' names to Bob and Rob, because that is possibly the funniest thing I've ever read.

word verification: ovens. Okay, what did I drink while sleepwalking? Everything seems funny now, even ovens!

Writing queries is so tricky. But I completely agree that less background is needed and more focus on the driving issue.

I think if Rob Zombie was a prostitute, he'd probably need to not quit his day job.

And, Carrie, thanks a helluva a lot for making the Price is Right theme song into a little earworm that is going to annoy me all day.

Overall, Kool Cat Shaw, despite the weirdness of the WereZom-ness, the query was intriguing, which I think is the point. I'd probably want to see more if I were an agent.

I have so much to learn about writing queries. *hangs head disparagingly*

Wow, Carrie. You are really good at this query stuff. I'm impressed. Seriously. I might even send you mine!

Kool Cat: I'm glad you think it will be helpful! And if you do change the names to Bob and Rob, I fully expect a shout-out in the acknowledgements. ;)

Megan: Isn't it? One bobbly word isn't so noticeable in a novel, but it just plain stands out in a query.

Shelley: Snarf. I'm happy to share my earworms with you any time. I agree that it was intriguing, too, and that's absolutely something that should be stressed. So thanks!

Jamie: It's okay. I really have no idea what I'm talking about. I'm just making it all up. Can you tell?

HG: Snarf. I think we need to start a campaign to get KC to change her name.

Mariah: I feel like I need a theme song.

Sherrie: Why, thanks. Although you should see the comment I made to Jamie. I really have no clue. But I am good at BSing. ;)

I am in awe of your awesomeness. :)

Wow--amazing stuff! And gotta say, Bob Barker the zombie? *howls* I love it!!